Trajectory of NAMICS,
and to the future

Proactively develop technology, running parallel to the evolution of the industry

There are three turning points in the history of NAMICS. All of them were decisions of "selection and concentration" taken in parallel with the evolution of the society and industry. Move proactively towards being a technology development-type company, without missing an opportunity. Here we follow the trajectory of NAMICS' DNA taking shape.

1946~ From manufacturing paint to an R&D-oriented company.

Convinced that "an industrial age will come," we started manufacturing paint in the post-war Niigata in 1946. However, when facing difficulty in obtaining the raw materials for paints, we developed a paint made from fish oil and received a patent. In just a few years, we have created a prototype of the corporate style based on R&D, patent acquisition and manufacturing that leads to the present.

Soon, with the penetration of chemical paints and regional expansion of the major competitors, we were forced into struggling, but then we turned attention to insulating pastes used for ceramic condensers used as electronic parts. We began R&D in the field of electronics that we had not experienced before, and in 1958 succeeded in developing the first Japan-made moisture-proof insulating paint "CERACOAT." The switch from paints that are applied with a brush to electronics pastes that are applied by immersing electronic parts became a great success riding the wave of the times. Ideas, the power to take action, and the ability to read the times pulled in the next opportunity.
We developed the insulating paste "OHMCOAT" for resistors in 1964, and a silver paste sintering type electro-conductive paste, "HIMEC" in 1971. With these, we became a rare entity in the world possessing the technology in the different areas of conductivity and insulation. 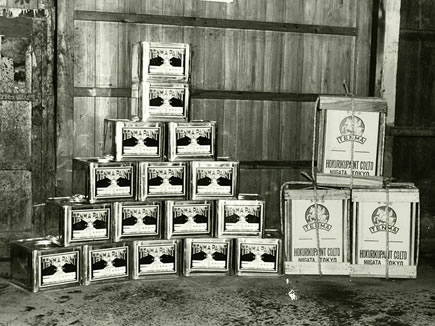 1980~ Specializing in the electronics field, we take on the world market.

In 1980, we abolished the general paint division that accounted for more than 1/3 of the sales to concentrate on electrochemical materials. With this change of direction, the development and innovation accelerated more and more. Responding to the miniaturization and high functionality of electronic components required by various electronics and electrical manufacturers, we developed custom-made products one after another. Eventually, we also challenged ourselves in the materials for semiconductors. We developed high-purity insulating paste "CHIPCOAT" and build a dedicated clean room building in 1984, establishing a mass production system.
At the same time, we formulated an overseas strategy and implemented it. We first expanded overseas in 1999. As our first foreign base, we established a manufacturing factory in Shandong Province, China. Sales bases in the US, Europe, and Singapore followed. In 2006, the ratio of product sales overseas exceeded 50%, and we continued to expand the business field into the world.

2001~ Adversity itself is the opportunity. Aiming for "Small but Global". 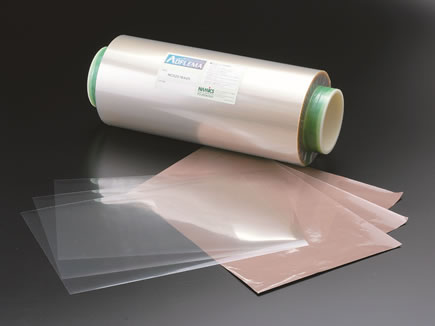 In 2001, the IT bubble collapsed, pushing the world into an era of IT recession. However, we viewed this recession as an opportunity to raise management efficiency, and in the 2000s, we stepped up our management system reform to diversify risks and increase corporate robustness.
In 2006, when we celebrated the 60th anniversary of the foundation, exports accounted for half of the sales, and both our insulating and conductive materials exceeded 30% in global market share. With the establishment of a factory/sales base in Taiwan in 2013, it became possible to cover almost all East Asia, and the globalization has been progressing smoothly.
In 2015, we began a project for reorganizing our headquarters and factories. It will be completed by 2022. A new stage is about to be born for NAMICS, where we aim to become "Only One & Number One" in the field of electrochemical materials.

And to the future

NAMICS has challenged itself into various technological developments in a niche field called electrochemical material.
We will continue to take on innovative challenges into the future without deviating, with the set goal of "Small but Global."
From Niigata to the world, to the future. Our employees will look in the same direction and walk to the new era.

Small but Global : To the world with technology that is Only one, Number one!
NAMICS' products support living